Horses learn as people learn. There are a variety of methods and modes of learning. Horses are born to learn, and learn from their first breath to their last. Whenever horses are around humans, they are learning. They learn and remember most everything any human teaches them, including behaviours not intended to be taught. Appreciating learning science is essential to successful horsemanship. 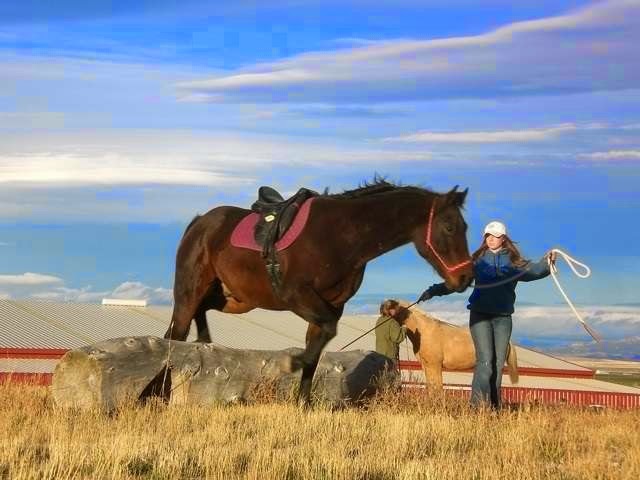 The foal’s first teacher is her dam. Once the mare catches her breath following parturition, she begins teaching her foal. She utilizes operant conditioning to help the foal rise and suck. She applies gentle pressure to the foal with her muzzle in rhythm with the foal’s movement. When the foal moves in the direction best suited to rising as the mare suggests, the mare releases the pressure, conditioning the foal. This operant conditioning that utilizes negative reinforcement teaches the foal the best method to rise and stand to find a nipple, and subsequently suck. The mare also utilizes positive reinforcement to teach her foal. She rewards appropriate behaviors with milk, rubs, and nickers.

Once the foal learns to nurse, the foal learns to move out alongside her mother, developing her locomotory skills. The foal develops her innate movements under the mother's guidance and tutelage. Many behaviours are innate and instinctual, but all are best served to be honed by the mare’s example. Rewards, cues, protections, support and guidance develop the foals learning abilities.
Foals are born to run soon after birth. Within hours many can and do run when afforded the opportunity of open space in which to do so. Foals are precocious, meaning they are born with a well-developed nervous system. Altricial species such as the dog and humans are born helpless and require weeks for the nervous system to develop into a moving mammal. Not so the foal.
Precocial species are not only able to run, they are able to learn shortly after birth. The mare and foal are best served to be provided with a natural open setting in which to develop their learning and moving about. Green open pastures provide the best teaching and learning opportunities for the mare and foal. A stall or stable is perhaps the worst place for the mare to effectively teach the foal.
It is critical the foal learn from the mare, and later the herd, so as to be amenable to human training later in life. Social learning is critical for the foal to grow up into a teachable, trainable willing partner.
During the first hours of life, the foal becomes a horse. This imprint phase is a unique and critical learning phase that molds the foal into a horse. The foal absorbs the behaviour of the dam utilizing social learning. The first hours and days of life is the most critical learning period of the foal, and this learning should be supported and nurtured from a distance by humans. Social learning is critical for all species, and is particularly important for group survivalists such as the horse. The horse is taught to be a horse by the dam and the herd. Learning the social constructs of herd life is critical for group survival. As well, learning the social constructs of the herd prepares the foal to be taught by humans later in life. 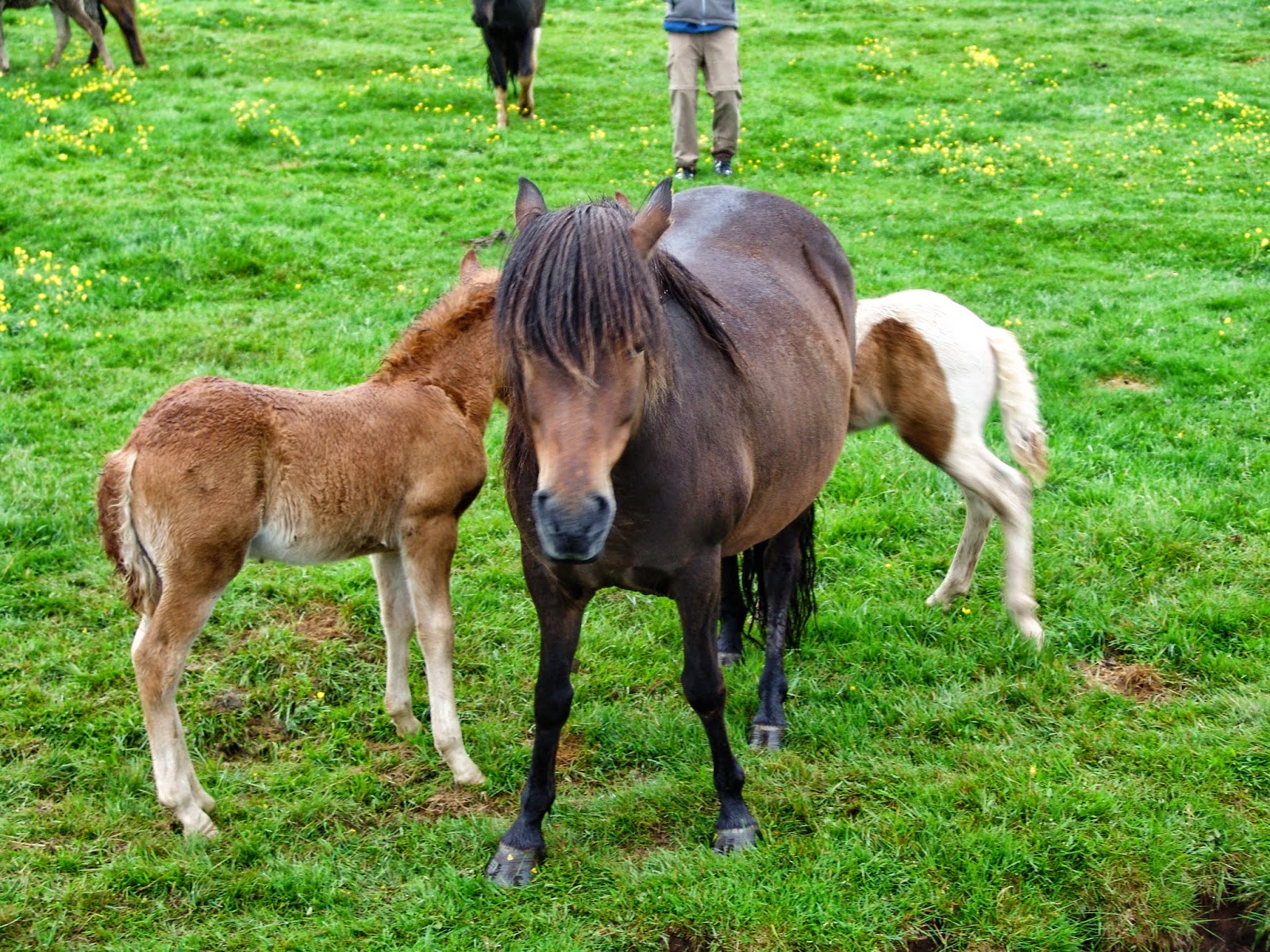 Accomplished horse trainers utilize all the teaching strategies that the mare uses to teach her foal. Operant conditioning, associative learning, classical conditioning, habituation, desensitization, and social learning are all taught to the foal by the mare. It is critical the mare be allowed to teach the foal in as natural a setting as possible so that humans can later train the horse using the principles taught to the foal by the mare.

The combination of negative reinforcement accompanied by positive rewards is operant conditioning, sometimes called instrumental conditioning, often known as horsemanship.
Classical conditioning is conditioning by association, and classical conditioning plays a large role in horsetraining, as well, as those of you interested will learn, and learn well, just like a horse can learn so well.
The dam teaches the foal how to be a horse using all these techniques, and so do humans when they train horses in later life. For a horse to be trained by a human, a foal must grow to be a horse, and only the mare and other horses can teach a foal to be a horse. Man has no role in teaching a foal to be a horse, as that is the mare's domain, and her herd's. Foals that grow up fully a horse are the horses that are simplest to train.
Shared sociality. Kinetic empathy. Learn to train as the mare trains. Let the mare train the foal, please.


Horses are horses. Folk are folk. They live together, share a social fabric. Horses and horsefolk share many aspects of living, including communication and learning. 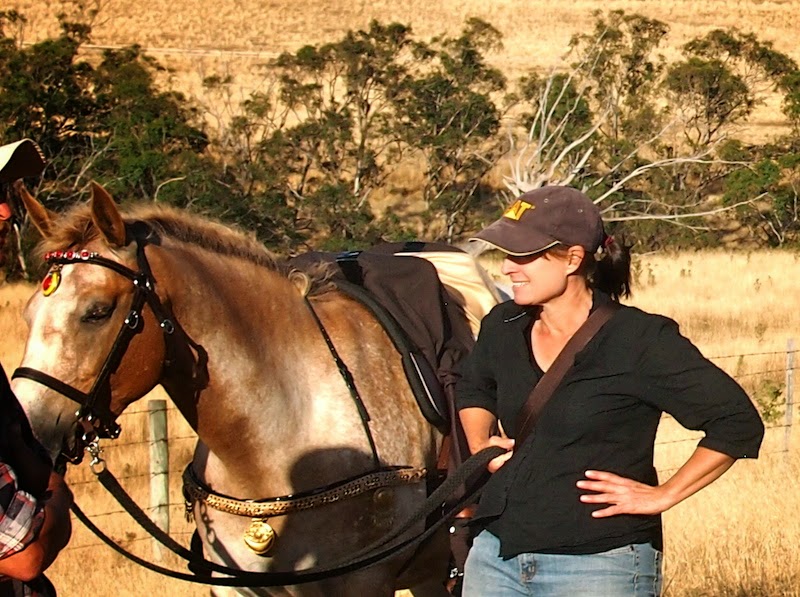 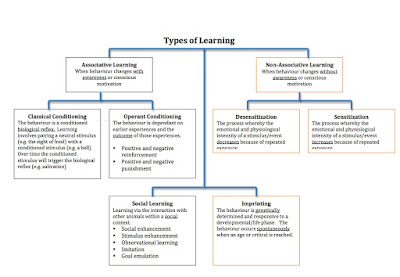