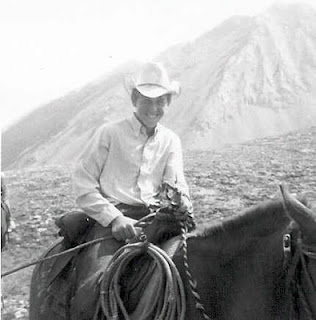 Both timely and timeless.,
By
Robert Bennett
Verified Purchase(What's this?)
This review is from: Swift Dam (Paperback)

Sid Gustafson's _Swift Dam_ punches above its weight class: written by a practicing veterinarian, it reads like the work of a celebrated Iowa Writer's Workshop prodigy, and clocking in at only 150 pages, little more than a long novella, it takes its reader into a fully flushed out imagination of a very real event. Amidst its surface tale of the broken Swift Dam flood of 1964, it interweaves three distinct stories.

First, it puts forward a cautionary tale, warning us not to put too much faith in modernity's bold technological breakthroughs, for the water may indeed break through them, leaving us in the devastating ruins of a failed modernity. Like Walter Benjamin's vision of the Angel of progress as a series of train wrecks piling on top of each other, Gustafson shows us the dark, underbelly of modernity, suggesting forcefully that the Swift dam was not the first dam to fail, nor will it be the last. We need to stop seeing modern technology--again portrayed in the novel as the excessive use of chemicals to treat animals--as an infallable panacea, and become more cautious of its risks and dangers. As the bumper sticker says, "Nature Bats Last."

The larger second story is the tragic demise of the Blackfeet people, their lives, their property, and their hopes which were washed downstream, living below the dam. Here the story is less about the failure of modern technology per se, and more about the devastating losses caused by modernity's failure. Gustafson shows us how yet again Native Americans have born the brunt of a failed notion of Manifest Destiny which has repeatedly damaged Native people through military violence, infectious diseases, broken treaties, and now breached dams.

Gustafson's third narrative, however, is perhaps his most subtle and most fully realized. Told through the eyes of an old school veterinarian who eschews the excessive use of drugs, Gustafson weaves a tale about our alienation from the land and the animals who live on it. So in addition to telling a narrative about modernity's tragic failures, Gustafson also offers a ray of hope, depicting a world in which--through animal husbandry/midwifery and Native traditions and perspectives, we might reconnect to our lands and the animals who populate them.

This quick, but delightful, read restores faith in the old ways of the past as a cure for a world alienated by too much technology and an insufficient connection to Native lands and peoples.

Robert Bennett is a Professor of English at Montana State University

Dr Gustafson graduated from Washington State University as a Doctor of Veterinary Medicine in 1979. He is a practicing veterinarian, equine behavior educator, and novelist. The application of behavioral science to the husbandry of horses enhances optimal health, performance, soundness, contentment, and longevity. Behavioral, social, locomotory, and nutritional strategies enhance the prosperity, vigor, and health of stabled horses. Sid offers veterinary care, training, husbandry, and conditioning from the horse's perspective to achieve willing and winning equine partnerships with humans.
Posted by Sid Gustafson DVM at 7:24 PM No comments:

The writing flows through the reader's mind like water...

The writing flows through the reader's mind like water... linked here 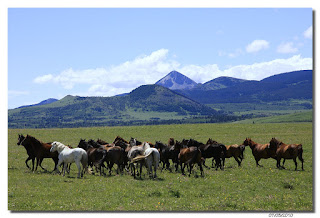 Swift Dam pulls you in, drags you practically, sweeping you over the western landscape until you are ankle deep in Sid Gustafson’s world. The writing flows through the reader’s mind like water and entrenches the reader in the story. With each passing chapter, it becomes harder to discern if you are reading a published novel or a form of the author’s diary.
The story follows the major life events of a traveling veterinarian and a small-town sheriff, describing the intertwining of the two lives. Although the back panel of the book suggests it is about the travesty of a disaster in rural Montana, it is really so much more.
The author walks his readers through each of the two men’s memories of a flood in 1964. A break in the title’s Swift Dam swallows up several residents of the small reservation and town both men call home. Despite the years gone by, both men use the event as a way to grow, to engage, and to remember those they lost.
As they grow and remember, so do we. Through the eyes of the vet, we begin to see the world not as a mechanical structure machined by man, but as a revolving reaction between man, nature, and beast. Meanwhile, the sheriff helps us to examine the humility and humanity of our fellow man.
The story brings to mind the Oso landslide in Washington in 2014. Whether or not Gustafson intended it to be, Swift Dam is a lovely tribute to anyone who has ever been impacted by a disaster. It speaks of the friends, brothers, sisters, children, mothers, and fathers who are no longer with us. It speaks of, and to, those who have lived to remember and love after any catastrophe.


Dr Gustafson graduated from Washington State University as a Doctor of Veterinary Medicine in 1979. He is a practicing veterinarian, equine behavior educator, and novelist. The application of behavioral science to the husbandry of horses enhances optimal health, performance, soundness, contentment, and longevity. Behavioral and nutritional strategies enrich the lives of stabled horses. Sid offers veterinary care, training, husbandry, and conditioning from the horse's perspective to achieve willing and winning equine partnerships with humans.
Posted by Sid Gustafson DVM at 1:20 PM No comments: