How to Play the Breeders’ Cup Lasix

L is for Lasix

How to Play the Breeders' Cup Lasix Horses and People Magazine

Since pre-race Lasix is allowed in America, the drug is listed on the program so the players can effectively parlay the Lasix horses. Having practiced as an attending thoroughbred and Standardbred veterinarian back in the day, and subsequently following the medication notes on the forms of racehorses through time, I developed a sense of how to play the Lasix. I know better than to gamble where so many permitted drugs are allowed—with so many unknown consequences.

Highland Reel is getting Lasix and so will be favored over Ulysses in the Turf. Ulysses trainer Sir Michael R Stoute has chosen to run without the pre-race diuretic and alkalinizing agent. For our knighted trainer, and the other ethical trainers running Lasix-free, their horses come first. When they win, it will be their horse and the conditioning that did the winning, a most honorable way to win in America, indeed. It is a dangerous precedent to medicate horses up close, in particular, class horses of this nature. 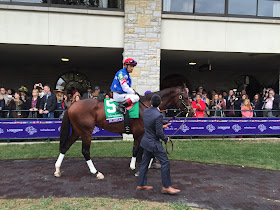 Already, the Breeders’ Cup runners are allowed to stack NSAIDs, many receiving Banamine 48 hours before they race, followed by intravenous phenylbutazone at 24 hours out. This is a lot of drugs to be racing on at speed in close company in an effort to beat the fastest thoroughbreds on the planet. Horses with this many NSAIDs on board are surely apt to bleed more than when running free of these potent permitted anticoagulants and anti-inflammatory drugs. It is well documented scientifically that multiple NSAIDs impair clotting and contribute to pulmonary bleeding. One can assume that many if not most of the horses receiving Lasix also received their stacked NSAIDs at 24 and 48 hours. This is California, the land of therapeutic veterinary medicine, the land of the good stuff as far as some Europeans can see. All of these permitted pre-race medications enhance performance, so put your money down.
Of the horses listed as L on the Breeders Cup card, most will have a pharmaceutical racing advantage, running faster and longer than natural would permit. USADA, the US Anti Doping Agency has listed Lasix as a forbidden Performance Enhancing Drug substance, a performance-altering agent. Performance can be enhanced, but at the risk of metabolic dysfunction, and musculoskeletal failure.
The L1, or first time Lasix horses, all those fragile turf 2-year-olds from Europe save Madeline and Juliet Capulet—will be injected for the first time in their career four hours before they race. Let me tell you here from attending and regulatory veterinary experience, that fillies receiving Lasix for the first time are apt to have behavior changes. Some suffer from musculoskeletal dysfunction due to the electrolyte-altering and alkalinizing aspects of the drug. Yes, some will perform like they never have before, but others, not so well.  Some of the fillies do not take to all of the pre-race urination either, not to mention the dehydration. Lasix alters metabolism, and can alter behaviour due to the muscle pain it is known to cause. Colts and geldings are susceptible to untoward sequelae as well. For an example of untoward Lasix, check out Oscar Performance’s L form.
Beware of repeated, relentless racing on Lasix, as it is shown that Lasix hollows the bones of calcium, an important mineral responsible for integrity. Whenever a drug enhances performance, the potential for injury and limb failure increases. Beware of campaigners who have Ls up and down their chart. To see how durability is enhanced by staying away from Lasix, please check out Mongolian Saturday’s form, a study in durability. And Winx's!
In summary, all of the L or Lasix horses, have the potential to have their performance enhanced by the drug, or drugs they received prior to the race, and perhaps especially those who have previously ran clean in the purer jurisdictions across the Atlantic, the ones getting their first drug boost in America. Be forewarned that the other L1 turf horses may have an untoward reaction to the drug injection. All drugs have untoward side-effects, you know. Sometimes, this is why handicappers like second-time Lasix, L2. The Lasix affect is known for these horses, and if it was a good affect the first time, the horses are said to even run better the second time they race on pre-race-Lasix, so good it felt to run so fast and easy their last time out on the good stuff.
The California horses, and the rest of the American horses, have all had their pre-race dosages managed and titrated. Their injections and dosages have been adjusted to get the best performance enhancing effect by their trainers and veterinarians. These folks know how to get run out of drugs. The trainers can order up from 3cc to 10cc of intravenous Lasix, and I am telling you ½ cc is plenty, all that is needed to manage EIPH if that is indeed what these folks are trying to manage with this drug. The trainers are allowed to do this without the aid or assistance of professional veterinary guidance, so far the veterinary ethics have deteriorated in the country of ours, the Land of the Free to do what you please with your animals.
In this year’s Breeders’ Cup, all of the American trainers have all of their horses on Lasix such is the American training and veterinary mindset, a dangerous mindset, mind you. Each and every dirt horse, including all of the European dirt runners, will be on Lasix. Dirt is harder to run on than turf, some say, unnatural as dirt is compared to turf for the racehorse. It is postulated by some that dirt racing is one of the reasons Lasix entered the game as it did in America. Dirt is hard on lungs, turf appears kinder, and synthetics appeared kindest of all.
Beware of Lasix, as it is the Lasix horses who will be more vulnerable to injury as the drugs make them run faster that they would otherwise. Remember the scientific evidence that long-term drug use diminishes the welfare and husbandry of horses. Also note that the California bleeders will be running on one less drug than usual, as it is still allowed in California to give Premarin (estrone) along with the Lasix. This drug is a steroid estrogen derivative, and as such can have a hoppy effect on fillies, mares, and others. These California horses will only be getting the pre-race Lasix in the Breeders’ Cup, and therefore may bleed through, you know, so under-pulmonary-conditioned they have become because of the reliance on medication.
Along with the Lasix, do not forget to play the wet air, the fast dirt, the pristine turf, the pull of the full moon, and the draw of the low tides. Do not forget to play the riders, and their trainers, and please pray all have a safe trip. 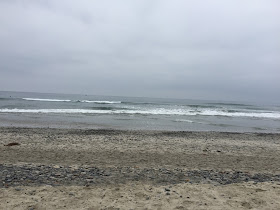 Do not forget that Winx the Wonder Mare from the land of Lasix-free racing DownUnder, runs pure. Some of you follow the pictures of her swimming and exercising out of the stall each and every day to condition her lungs. This also conditions her legs, and her heart, as her perseverance, longevity, popularity, and soundness are evident to all.

The following 9 horses will be racing Lasix free, all of them on the turf, none of them trained by an American trainer.
Talismatic (GB)
Decorated Knight (GB)
Ulysses (Ire)
Mongolian Saturday
Ribchester (Ire)
Juliet Capulet (Ire)
Madeline (Ire)
Oscar Performance

The pure trainers abstaining from Lasix follow, none American. Ganbat is from Mongolia, and the others hail from France, Great Britain, and Ireland, where a kinder, softer, horseracing exists, safer horseracing.